This is a continuation of Peter's thread, which was apparently deleted with the purge of the spam posts. I am suggesting a new Layout Element that would use the HTML <fieldset> tag to group fields on the the Form page which appears to be rendered using HTML anyway. It could be implemented in a way similar to adding fields to a table. Here is a screen shot from the Mac app that shows what I'm talking about... 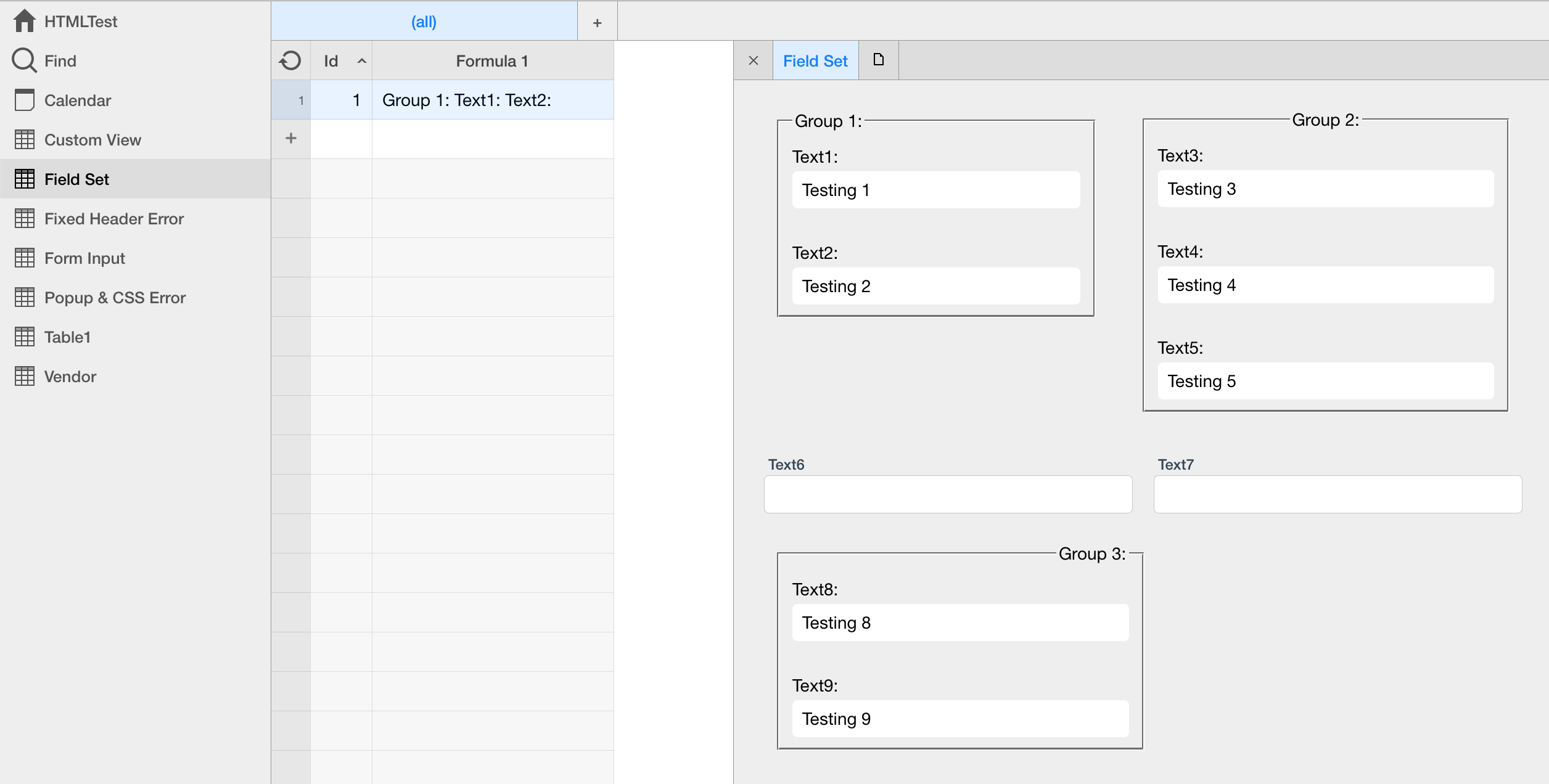 The groups are just Formula fields in this case and use the html() function. The "Style" option has the "Background color" set to RGB 238, 238, 238. Here is the formula if anyone wants to try it out...

Text6 and Text7 are Ninox Text fields and the Groups are formula fields using the html() function.

I really don't know what to say as an observer and user of Ninox. There are many requests that seemingly would be easy to implement given the model of the app, but they are ignored. In one of the few webinars I tuned into Alex mentioned they started using React... does that mean a complete rewrite? Of course there is the relatively new focus on No Code Low Code, but this request would seem to fit in that paradigm.

At this point, if you use the html() function for anything other than displaying information it looks like you will need to create a parser to get the information out. Personally, I don't think that's any more difficult than using html if you are going that route, especially if you kept it very sparse. On that note, I wrote a data scraper using Ninox to create a forum database. I scraped the Technical Help section last night which took about 25 minutes per 1000 threads and most of that time was a result of the http calls. Scraping your own html in your database would be instantaneous.

Sean, can you provide a sample of data scraping our own html from within our database code? It sounds like an interesting approach.

Dean, I'll put something up as soon as I can. I mentioned in the other thread that it won't be seamless and by that I mean the user will have to click a button in the formula field with the html and then click a button on the Ninox form to submit it to the database. Will that still work for you?

Sean, the following works and the "Get Value" button does not even need to be in the same formula field. Now I just need to know how to persist the values to Ninox fields.

Dean, That's the bridge I was never able to find and why I think you'll need to scrape the information. I wanted to finish up my scraping project and then I'll try to create an example database.